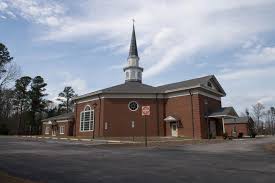 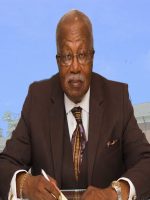 God’s servant, Dr. Archie German Sr., is a native of Bronx, New York, born in June of 1945. He is a second-generation Preacher and son of the late Rev. Noah German of Baton Rouge, Louisiana, and Virginia Watson German of Farmville, Virginia. His early education came from attending Public Schools in Bronx, New York. He graduated in 1963 from the High School of Art and Design where he studied Advertising, Production, and Technology.

Upon receiving the call to the Gospel Ministry in September of 1990, Dr. German attended the “Manhattan School of the Bible” for one year. Doctor and Mrs. German relocated to Richmond, Virginia in December of 1991 and joined Cedar Street Baptist Church of God, under the leadership of Dr. Benjamin W. Robertson Sr. Dr. German returned to Bronx, New York in January of 1992 to be licensed to preach the Gospel by Rev., Dr. Fletcher Crawford, Pastor of Union Grove Baptist Church.

Upon his return to Richmond in January 1992 after his licensing, Dr. German enrolled in the Richmond Virginia Seminary. Within seven and a half years he received the Bachelor of Theology; Master of Divinity; and Doctor of Divinity Degrees. In addition to his academic studies, after much biblical study and preparation, Dr. German was ordained at the Cedar Street Baptist Church of God on April 24, 1993.

Doctor German served as the Interim Pastor for Zion Baptist Church in Petersburg, Virginia from August 2012 until December 2014 when the membership selected their full-time Senior Pastor. Dr. German then served as a Mentor and Advisor to the Pastor of the newly established Ascension Church RVA from March 2015 until March 2018 when he was selected to be Interim Pastor at Union Branch Baptist Church, Prince George, Virginia. Dr. German was approved by the church membership to be called as the permanent Senior Pastor of Union Branch Baptist Church, Prince George, Virginia on June 2, 2019.

Since relocating to Virginia in 1992 Dr. German has served in several significant positions within the community to include:

Doctor German states that his relationship with God is vividly described in Psalm 143:10; Teach me to your will, for you are my God. May your gracious Spirit lead me forward on a firm footing.